Best singers to look out for live performances 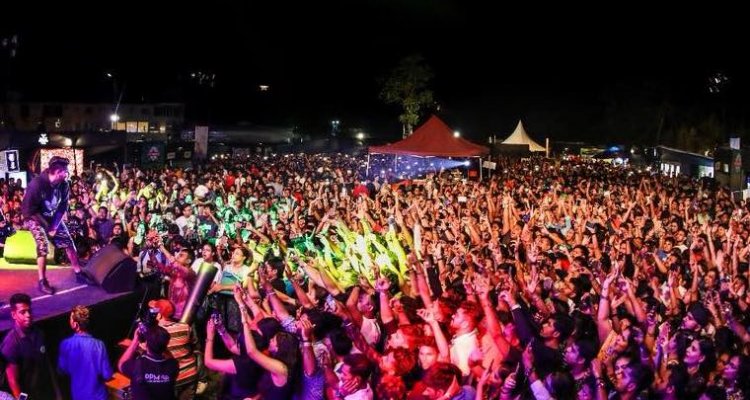 Live performances are highly energetic and those positive vibes and energy stay with the singer and audience for a long time. This is what makes live performances so special and memorable.

These are some of the top singers who are the best live performers. Their presence, involvement, connecting with the audience, and extraordinary singing skills make them the most sought-after live performers in singing.

Arijit Singh has many feathers in his cap of success. He is a musician, singer, composer, music producer, recordist, and music programmer. He mainly sings in Hindi and Bengal languages but has also has sung in various other Indian languages. His versatility and talent in many fields make him one of the most successful singers and live performers when it comes to singing.

Sonu Nigam has a voice as sweet as honey that can melt the hearts of the audience. He is a musician, singer, composer, music producer, recordist, music programmer, live performer, and actor. His presence on stage and his ability to connect with the audience makes him one of the best live performers in singing.

Atif Aslam is a Pakistani singer, songwriter, and actor. He is known for his special voice and his specialty to sing in many languages. He sings in Hindi, Urdu, Punjabi, and Bengali predominantly. He is of the most sought-after singers for live performances for his unique voice and his mesmerizing singing skills.

Ankit Tiwari is an Indian singer as well as Music Director. Having many awards for both his singing and music direction, he has established himself as one of the best live performers too. The way he can tap into the audience beat is what makes him a successful live performer in singing.

Arman Malik is an Indian Singer who is known for singing Romantic songs. He has been performing live for many years and many events. The audience enjoys his best songs from Naina, Tumhe Apna Banane Ka, and Wajah Tum Ho.

Ustad Rahat Fateh Ali Khan is a Pakistani Singer and Musician. He is a performer at the start of his career and he used to sing solo and in Qawwali groups. He started to sing for Bollywood movies in the 90s after being a successful live performer in singing. His unique voice and his extraordinary talent to sing Qawwali and Urdu songs made him the sought afterlife in singing.

Mika Singh is an Indian singer, songwriter-composer, and performer. He is known for his unique voice and energetic performances and the way he involves the audience in his performance. He is known for performing his best songs “Bas Ek King” (Singh Is Kinng), “Mauja Hi Mauja” (Jab We Met), “Ibn-e-Batuta” (Ishqiya), and “Dhanno” (Housefull).

Benny Dayal is an Indian Singer and is a Member of the S5 Band Launched by the SS Music Channel. He is known for singing romantic sings and his versatile voice. The audience enjoys his live performances and he is one of the most sought-after live performers in singing especially in Tamil and Hindi.

Hirdesh Singh is an Indian Pop Singer, Music Composer, and Actor who is popularly known as Honey Singh. He has many successful independent music videos that have topped the chart of most-watched music videos. His rap music and beat are loved audience in live performances.

Vishal Dadlani is an Indian Singer, Music Composer, Lyricist, and Performer. He has composed music for more than 300 Bollywood songs and has his name in the Bollywood Music composition. His extraordinary talent, dedication to Bollywood music along with his electric live performances make him one of the most sought-after live performers in singing.

The best singers from Bollywood and many other regional languages are accepted by audiences anywhere in India and many parts of the World. The trick is to engage and connect with the audience which makes them successful live singers.

There are many successful live singers other than in the list mentioned here. Some many live singers and performers sing for small events and occasions like weddings etc. To book artists online for events, occasions, all you have to do is visit liveclefs.