Naruto: 7 Things You Need To Know About Gaara 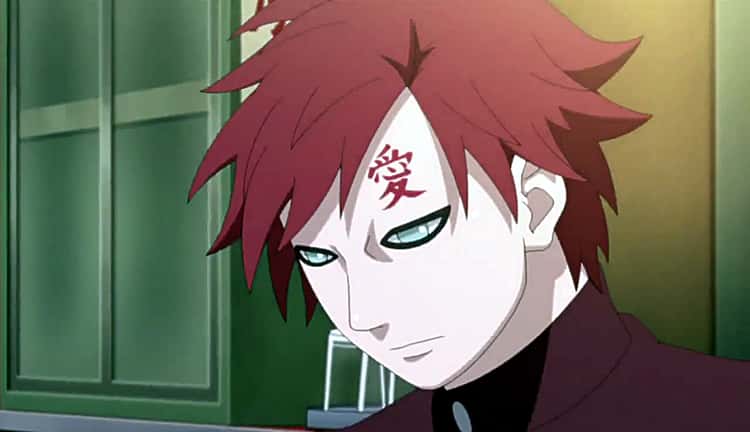 The Japanese manga series gained popularity through its book form after 1999 and its televised show from 2002 onwards. It revolves around a young ninja warrior, Naruto Uzumaki, and his struggles to achieve his childhood dream of becoming the village leader or Hokage. Throughout the series, we are introduced to multiple characters like Sasuke Uchiha, Sakura Haruno, Kakashi Hatake, Jiraiya, Itachi Uchiha, and Hinata Hyuga, to name a few. Another character that Naruto encounters in his journey is Gaara. He is a shinobi of Sunagakure, or the hidden village of the Land of Wind and one of the series’s antagonists.

Like most characters on the show, Gaara also has a tragic past. Despite being an antagonistic character, his ability to move on from his dark past made him a fan favorite. He faced criticism from his village, similar to Naruto, but his share of personalities to help him in his struggles was less than Naruto. Nevertheless, after facing defeat from Naruto, his character undergoes a major transformation, and he becomes more devoted to his people.

Read more about Naruto and Gaara’s fight in the anime expert Shonen Road magazine. The magazine provides accurate and detailed information on your favorite anime characters and battles monthly.

Here is the list of things you should know about Gaara:

Gaara And Naruto Are The Same Age

Gaara was born on 19th January, while Naruto was born on 10th October. However, both characters are between 12 to 13 years in the Naruto series and 15 to 17 years in the Naruto: Shippuden series. Hence, Gaara is the same age as Naruto. Both characters are more similar than you think! Gaara had one of the nine-tailed beasts, Shukaku, sealed inside him. Similarly, Naruto had a nine-tailed fox sealed inside him. Consequently, both characters faced criticism from their own people in their villages and were labeled as different.

His Father Wanted Him Killed

At six years of age, Gaara cannot control the one tail that possesses him. This becomes a source of problems for his father, Rasa, the Fourth Kazekage or leader of Sunagakure village. Rasa orders Gaara’s uncle, Yashamaru, to attack Gaara unexpectedly so he can gain control over the one tail. However, the attack does not go as planned, and Gaara is taken over by the Shukaku and attacks the village. When Gaara is stopped from destroying the village further, Rasa orders people to kill Gaara even though he is just a six-year-old boy.

He Was An Insomniac

Youngest Kage To Ever Be Chosen

Gaara became the Fifth Kazekage of Sunagakure between 14 to 15 years of age, succeeding his father, Rasa. He was a powerful shinobi, making him capable of the Kazekage title. However, after suffering a defeat from Naruto in the Chunin exams, his thinking transforms, and he aims to protect his people instead of hurting them. He had suffered great pain from a young age because of his father; hence, he did not empathize with his people.

The name Gaara means self-loving demon and self-loving silk. The ‘ra’ part of his name was derived from an abbreviation of Ashura; hence it means demon in a literal sense. But, ‘ra’ can also mean silk or a type of cloth. While searching more on Gaara’s name, I read that the self-loving silk meaning fits Gaara’s character more on the Shonen Road website. The article stated that Gaara’s mother protects him through the sand, similar to a mother protecting her baby in a blanket.

The Symbol On His Forehead Represents Love

Gaara faced criticism from the Sunagakure villagers or was feared by them and never truly accepted. His father also inflicted pain on him from a very young age; hence, he did not receive love and support growing up. Instead, he resorted to self-love, which is part of his name’s meaning, and carved the symbol on his forehead to represent self-love.

He Was Punched By Rock Lee

Gaara fought with Naruto during the Chunin Exams, but he also had a fight with Rock Lee in the early stages of the exams. Gaara used his shield of sand to protect himself effectively from all previous opponents and defeated them successfully. However, Rock Lee avoided Gaara’s shield and was the first opponent to punch him. Despite this, Gaara still won the fight.