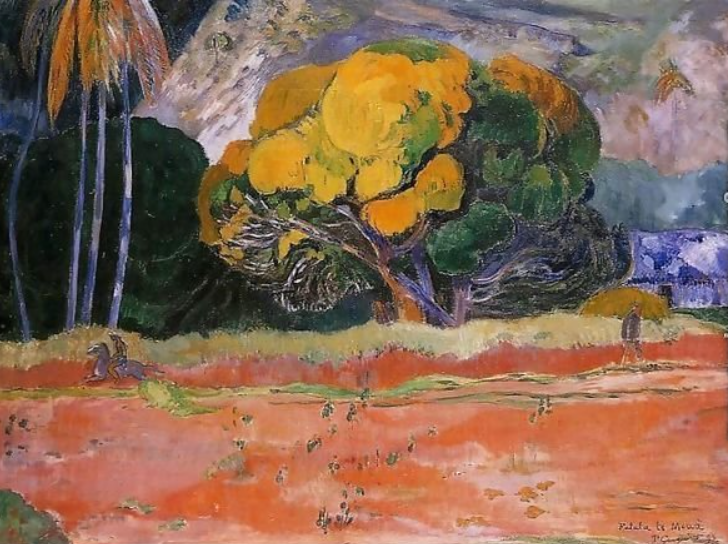 Artists may be known chiefly for their paintings, but some of their spoken words have proven to be just as beautiful as any painting. These words, just like paintings, have moved a countless number of people and inspired many artists over the generations.

Art and Poetry go together hand-in-hand to achieve the same aim, so it makes sense that some artists would be skilled in both. One such artist, known for his wise words just as his paintings, was French painter Paul Gauguin.

Gauguin painted several masterpieces during his impactful career. However, he spoke some equally masterful words also. In this scenario, let us now look at a few of his most famous quotes and explore their meaning.

This beautifully insightful quote holds profound philosophical implications and is arguably Gauguin’s most famous quote. It addresses much about what it means to ‘be’ an artist and have an artistic vision.

The imagination is the space where the artist begins all of their work. Every single artistic idea and impulse was sparked by thought in mind first. To shut one’s mind to be able to see speaks of the clarity and focus required to paint well. This can also be applied as a suggestion for how to live well.

On a deeper level, the quote also hints at far-eastern philosophy at its core. This is a somewhat common thread throughout Gauguin’s quotes. Whether this Buddhist mindset was something shared by Gauguin or just a coincidence of thinking cannot be known for sure. Nonetheless, the similarity of thought is undeniable.

“Where Do We Come From? What Are We? Where Are We Going?”

This quote is what practically every human being has asked themselves at one time or another and speaks to our humanity itself. It is one of the most basic questions one can ever ask, and it is a question that has been attempted to be answered by artists for millennia.

Questions such as this one have been used to fuel the inspiration of artists for eons now. It can even be argued that it is a question that every single artist has tried to answer in one form or another. When asking this question, Gauguin, the artist, is also asking….’ Why do I paint?’

On some level, art itself is about answering this question. You don’t know who you are deep within or where you are going. Even if you did know, you could never explain it in words. This is where the artist and the poet come in. They attempt to transcend the limitations of humanity to say what cannot be said, to express what can only be felt.

“Art is Either Revolution or Plagiarism”

Gauguin used bold and vibrant colors throughout his paintings, so it is no surprise that he also spoke some brave words. He was an essential part of both the Post-Impressionist and Symbolist movements, which revolutionized the world of art during the late 19th century.

This quote that “Art is either revolution or plagiarism” rings true on several levels. First, the topic of plagiarism has always been a hotly contested one. It begs the question, what is the significant difference between being inspired by something versus simply being a rip-off? Many have pointed out that everything new is merely a copy of something before.

Gauguin would argue against this and say that anything that isn’t an original idea is plagiarism. However, originality is something Gauguin strived for in his artwork and, as a result, contributed to the modern art revolution that changed the world of art forever.

This quote speaks twofold. On the one hand, it dives deeply into the artist’s mind and portrays how they see the world when they paint. But, on the other hand, it tackles how one should go about living their daily life.

It is a very inspirational quote and, just like some of Gauguin’s other sayings, has an Eastern flavor to it. It beautifully echoes the sentiments and philosophy of Buddhism and calls forth a sense of peaceful serenity, in the same way viewing a sweeping landscape painting does.

With these simple words, Gauguin poetically conveys the essence and being of nature. This profound sense of being is something Gauguin felt deeply and is a place that all of us should strive to reach for within ourselves.

This quote speaks volumes about the rebellious heart of every good artist. Paul Gaugin artist has always been the rebel within society responsible for unapologetically displaying all of humanity’s strengths, weaknesses, and faults nakedly on the canvas for all to see.

Art is the embodiment of freedom and self-expression. With that being said, it is funny how much actual study and training an artist is expected to do before becoming a professional. It is this apparent hypocrisy that Gauguin is challenging here with this quote.

What Gauguin is pointing out is that every great artist throughout history followed their hearts and intuition to achieve their masterpieces. Therefore, Gauguin suggests that you should not follow Anyone else and instead follow your path.

French painter Paul Gauguin’s powerful words are just as impactful as his paintings are. These famous quotes, accompanied by his drawings, are a lasting legacy of the artist’s spirit. Check out more of Gauguin’s art and learn about gauguin artist online.