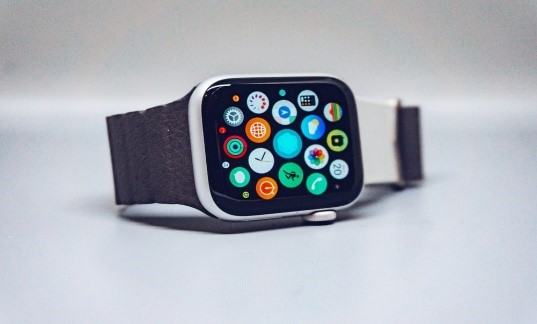 Emerging competition from the likes of Samsung Galaxy S22 ultra and the Google Pixel 7, Apple is now setting out to shake up the world with its refreshing designs and specs of the all new iPhone 14 series.

With all the emerging leaks and rumors about the updates of the upcoming iPhone, here’s what we know so far about iPhone 14 series.

The iPhone 14 models are expected to look same like iPhone 13 with same flat-edge design. While Apple claimed that they will now introduce a thicker chassis with no rear camera bump and no-notch.

Apple will no longer offering mini iPhone as iPhone 13 mini will be the last one. Now they are expected to focus on larger sized iPhone with 6.1 and 6. 7 inches display.

IPhone 14 models are expected to come with high-end titanium frame (because it is scratch and corrosion resistant) rather than stainless steel as we have seen with previous generations.

With iPhone 14 Apple could leave the big notch at the top in favor of a hole-punch camera. It’s also working on a design that will incorporate both a pill shaped cutout and a circular cutout.

Rumors suggest that iPhone 14 series will come up with Pro Motion display with refresh rates Up to 120Hz. Apple might use LTPS OLED display for iPhone 14 base models.

Apple iPhone 14 display sizes are rumored to be as follows:

Kuo reports that Apple has allegedly changed suppliers for the iPhone 14 pro’s camera lenses. The 2022 Pro iPhone models for the first time in the history of iPhone will feature a 48-megapixel ultra-wide camera and 8K.video recording capabilities. You will also be able to capture 12 megapixel shots through pixel-binning.

As for front camera technology this year iPhone 14 models are expected to feature upgraded front lens with a wider f/1.9 aperture and auto focus capabilities.

According to Apple analyst Ming-Chi- Kuo, the iPhone 14 Pro models will get a new and faster A16 bionic chipset. To the best of their performance Pro models of iPhone 14 will feature 8GB of Ram while the base models will have 6GB Ram.No further physical Sim slots available as new iPhone 14 might possess an eSIM functionality.According to source Apple is also using QUALCOMM SNAPDRAGON X65 modem as it is the world first, 10 Gigabyte 5G modem and antenna system for mobile phones. Alongside the X65, Apple is expected to introduce new satellite-based emergency feature that will let users send text in emergency situations and report accidents with no cellular coverage.

If Apple follows previous launch time lines then the launch event of iPhone 14 models will likely to be held in first or second week of September 2022. As for price it might have been expected that this new product will be available at the same price as iPhone 13 but Apple didn’t gave us any clues or hints regarding this.

Apple offering Pro models with real evolution of IPhone make them the phones many of us have been waiting for.

While talking about iPhone 14 series no-notch, ultra-wide camera, always-on display, Snapdragon X65, 5G RF, cooling and lightning port and many more upgrades iPhone is setting the standard for other smartphones.