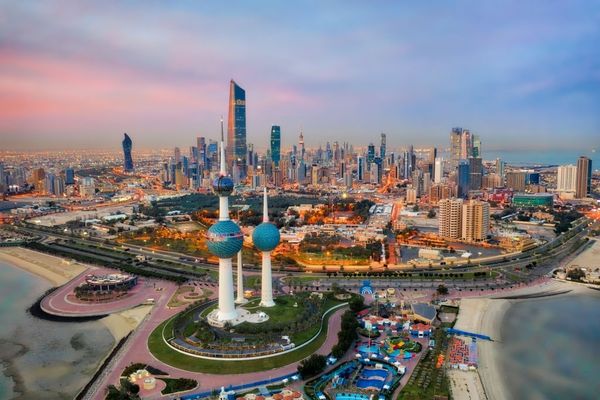 Kuwait is an emirate located in the southwestern region of Asia on the shores of the Persian Gulf. This state is an important exporter of black gold. The country’s closest neighbors are Saudi Arabia and Iraq. The emir is considered the head of Kuwait and the supreme commander in chief. This first-person of the state has the right to appoint the head of government and the crown prince, dissolve parliament and approve laws.

Although Kuwait is considered a Muslim country, women also have the right to vote here. Wearing national clothes is optional, as in Saudi Arabia. Modern youth here prefer to wear more European clothes. As far as the architecture of the buildings is concerned, there is a sense of Islamic inspiration.

The Kuwait Towers are considered the most popular attraction. They represent a unique landmark and symbol of the capital of this state. They are three towers made of reinforced concrete. This architectural wonder is located on a promontory extending into the depths of the Persian Gulf.

This complex is not only an architectural landmark, it benefits the residents of the capital. The two towers are designed to maintain water pressure in the city-wide plumbing system. The third tower houses the electrical and lighting equipment. This building was built in the early 70s of the last century. Today, anyone in Kuwait can admire the graceful silhouette of the towers on every one dinar note.

The wealth and standard of living of Kuwait, made possible by its vast oil reserves, attract specialists from all over the world for employment. Our Russian citizens are no exception. For some reason, it is generally accepted that for foreigners, Kuwait vacancy exists only in the service sector, hotels, restaurants, and the like, which is not entirely true. Many of our qualified specialists are successfully working in the following areas:

Qualified doctors are specially required. The state can afford to equip clinics with the latest technology, but it is not always possible to provide them with local personnel with the appropriate education. Local citizens prefer to work in leadership positions and few want expensive and long-term education. People from India, Egypt, and Russia are helping out. Of course, there may be difficulties with the employment of young girls. Kuwait is a Muslim country with strict rules and the move to work of a single unmarried woman can be misunderstood. (It is worth remembering that the fairer sex was allowed to vote and participate in elections only in the near 2005.) It is much easier to find a job for married couples or men with a suitable education.

First of all, of course, you need education documents. It is desirable that education is higher, the availability of academic degrees and other merit is encouraged. In Kuwait, education is so demanding that even to obtain a driver’s license, you will need a higher education diploma. But in order for the diploma to become valid on the territory of Kuwait, it must first be legalized. Legalization is an internationally accepted practice of confirming documents issued in one country for use on the territory of another. Legalization consists in confirming the legality of the issuance of the document itself, the conformity of the seals and stamps on it.