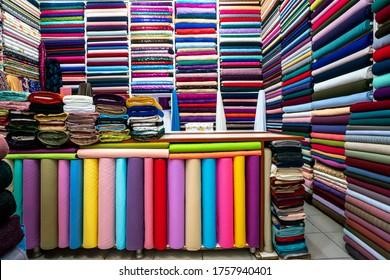 The textile sector is one of the oldest sectors in the Indian economy, and it dates back several centuries. The textile industry is closely linked to agriculture as they are dependent on the agriculture industry for raw materials like cotton, jute, etc. During the 2018-19 fiscal year, the Indian textiles and apparel sector contributed to GDP by 2%, export earnings by 12%, and the global textiles and apparel market by 5%. Exports of textiles stood at US$ 22.89 billion between April 2021 and October 2021. India’s home textile exports achieved a robust 9% growth rate in FY21 despite the pandemic. This can be considered a golden era for the Indian textile industry.

Earlier, Indian textile shop owners were more focused on cotton. However, since the past few years, the focus has been shifted more towards polyester as the demand for synthetic fabrics is growing in the foreign textile industry. Surat produces around 90% of the polyester used in the textile industry.

Textile export Surat has a net worth of 1100 crores. The city of Surat in Gujarat has the best textile shops in India, especially for women’s fashion, as it is the hub of textile exports and is also known as the textile city of India. Textile export Surat has seen considerable growth over some time. Textile production in Surat has grown by 10% in the last 5 years, while the embroidery market has grown from an almost negligible amount to around Rs. 30000 million over the same period. A major portion of the textile industry in Surat consists of yarn production, weaving, processing, and embroidery. Surat produces more than 30 million meters of raw fabric and 25 million meters of processed fabric on an average day. The city has several textile shops that have existed since time immemorial. There are many markets that are worth checking out, including Zampa Bazaar, Bombay Market, JJ Textile Market, and Jash Market.

Surat’s manufacturing centers are KatarGam, Magdalla, and Udhana. Surat became a hub for the textile business as people from various places such as Rajasthan and Kolkata settled there over time. 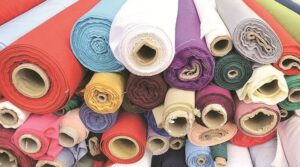 Women’s outfits can be found in Surat’s textile megastore. They are among the top textile exporters in the country and they are the leading wholesaler of all types of Kurtis and export their fine products all over India. They also provide the facility of online shopping on their website in view of the pandemic situation.

However, the Indian downstream textile industry requires investments from foreign groups as they are not so well developed and need help to match the scale & efficiency of the Indian textile market to match growth.

With India having emerged as the second-largest textile exporter in 2013, many textile producers have broadened their production base extensively. With Surat’s presence among the world’s largest manufacturers of synthetic materials, Surat holds a dominant position. Around 65% of India’s man-made fabric production is done in Surat. The city expects a growth rate of 15-20% in fabricated textile demand in the near future. Hence, the future of the Surat textile industry looks quite bright and promising and will result in higher textile export rates for the country.